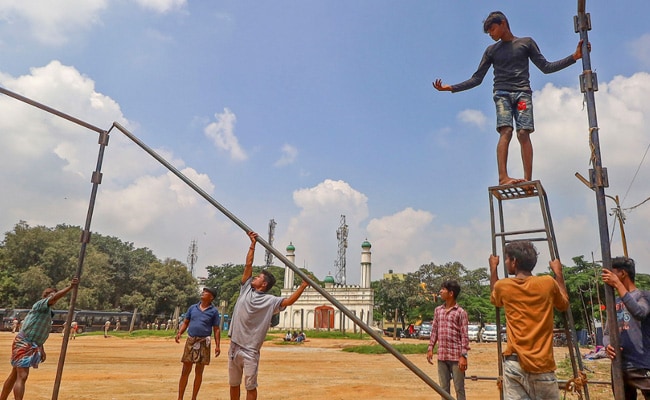 New Delhi:
The Supreme Court on Tuesday refused to give permission for Ganesh Chaturthi celebrations – tomorrow and day after – at Bengaluru’s Idgah Maidan and ordered a “status quo” for both parties.