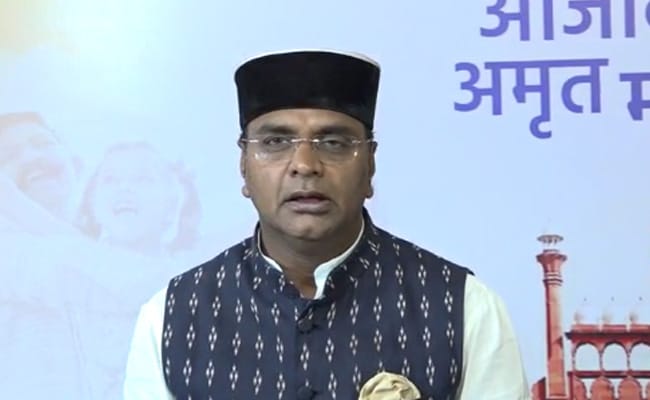 “He talks about Garibi Hatao but wears a T-shirt with a price tag of Rs 40,000”, Vishwas Sarang said.

Congress slammed the BJP for mocking the “Divyang artiste”, and said the saffron party has been rattled by the success of Mr Gandhi’s `Bharat Jodo Yatra’ campaign.

Kamo, also called `Kama’, has become famous in Gujarat for his unique way of dancing and often appears as a celebrity guest at live events of folk singers. He appears to be suffering from Down’s syndrome.

In a video circulated on social media, Mr Sarang was heard mocking Rahul Gandhi by comparing him to Kamo.

“Who was that? Yes, Kamo….You can see from where Kamo has started his journey, saying ‘Bharat Jodo’,” the BJP leader said.

“He talks about Garibi Hatao but wears a T-shirt with a price tag of Rs 40,000,” the MP minister further said.

In a veiled attack on Sonia Gandhi, Mr Sarang further said that “Kamo’s mummy used to control ‘Maunmohan Singh’ through a remote”.

Assembly polls are likely to be held by the end of the year in Gujarat, where the BJP has been in power for close to three decades.