2.4 Degrees In Delhi Day After Season’s Lowest, Relief From Thursday 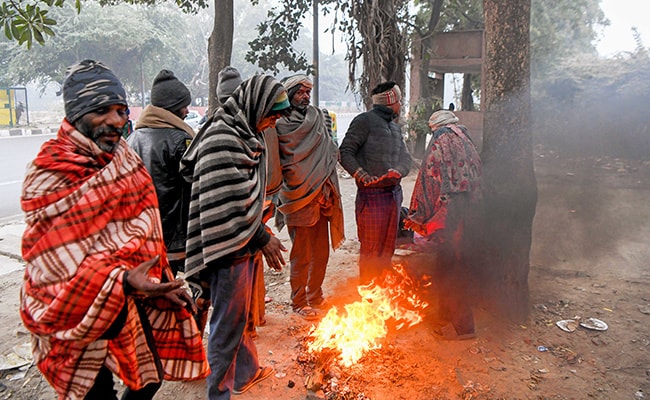 Delhi recorded a minimum temperature of 2.4 degrees Celsius this morning as chilly winds whipped through the national capital and its adjoining areas.

The city saw the coldest day of the season yesterday with the temperature plunging to 1.4 degrees Celsius.

At 1.4 degrees Celsius, yesterday’s Delhi temperature is the lowest in January since 2021. Safdarjung observatory – the city’s base station – had recorded a minimum temperature of 1.1 degree Celsius on January 1, 2021.

The all-time low of minus 0.6 degree Celsius was recorded in the national capital on January 16, 1935.

The chilly weather has prompted Chandigarh, Rajasthan’s Udaipur and Uttar Pradesh’s Meerut to extend the winter break for students of up to Class 8.

The India Meteorological Department (IMD) has predicted intense cold wave conditions to continue in northwest India and parts of central India till tomorrow, after which, the temperatures will marginally increase by 4 to 5 degrees Celsius from Thursday.

Earlier, Delhi saw an intense cold wave spell from January 5 to January 9, the second longest in the month in a decade.

The city has recorded around 50 hours of dense fog in January so far, the maximum in the month since 2019.