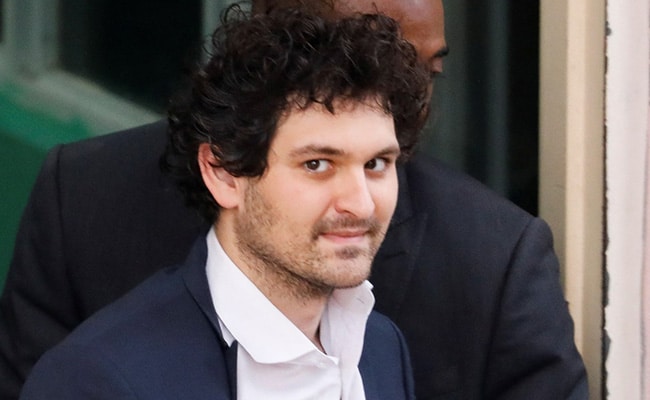 FTX founder Sam Bankman-Fried left the Bahamas on Wednesday on an aircraft bound for the United States, according to a person familiar with the matter and a Reuters witness who saw the plane take off.

Bankman-Fried earlier on Wednesday consented at a Bahamas courthouse to be extradited to the United States, where he faces fraud charges.

Federal prosecutors in Manhattan last week charged the 30-year-old cryptocurrency mogul with stealing billions of dollars in FTX customer assets to plug losses at his hedge fund, Alameda Research, in what US Attorney Damian Williams called “one of the biggest financial frauds in American history.”

Bankman-Fried left the courthouse in the afternoon surrounded by guards with assault weapons, and entered a vehicle, according to Reuters Video.

In the evening, a motorcade arrived at the Odyssey Aviation airport in the Bahamas, according to Reuters Video and a Reuters witness.

A source familiar with the matter said that Bankman-Fried had boarded a plane at the private terminal. A Reuters witness said the plane identified as the one Bankman-Fried was on had been taken off.

Bankman-Fried is likely to appear before a US federal court in Manhattan on Thursday. At his court appearance, known as an arraignment, he is expected to be asked to enter a plea. The US judge would determine whether to grant him bail, and if so, on what conditions.

He is expected to be arraigned on the eight counts he faces, including wire fraud, money laundering, and campaign finance violations.

Bankman-Fried was arrested on a US extradition request last week in The Bahamas, where he lives and where FTX is based. He initially said he would contest extradition, but Reuters and other outlets reported over the weekend that he would reverse that decision.

Bankman-Fried agreed to extradition in part out of a “desire to make the relevant customers whole,” according to an affidavit read in court on Wednesday and dated Dec. 20.

Dressed in a suit, Bankman-Fried stepped up to the witness box in court, where he spoke clearly and steadily as he was sworn in.

“Yes, I do wish to waive my right to such formal extradition proceedings,” he told Judge Shaka Serville.

The judge said he was satisfied that all legal requirements for extradition had been met and that Bankman-Fried had not been “forced, coerced or threatened” into making the decision.

“I therefore formally commit you to custody while you await your extradition,” Serville said.

The hearing was adjourned after the statements.

The Ministry of Foreign Affairs in The Bahamas later said in a statement that the foreign minister had signed off on allowing Bankman-Fried’s extradition to the United States.

During Wednesday’s hearing, Bankman-Fried’s attorney, Roberts, requested that the “rule of specialty” be followed. This rule, which is in The Bahamas’ extradition treaty with the United States, says a person can be tried only on the charges for which they are extradited.

Bankman-Fried’s US-based defense attorney, Mark Cohen, did not immediately respond to a request for comment on Wednesday.

Bankman-Fried has acknowledged risk-management failures at FTX, but has said he does not believe he has criminal liability.

Bankman-Fried rode a crypto boom to become a billionaire several times over and an influential US political donor, before FTX’s crash wiped out his wealth and tarnished his reputation. The collapse was driven by a wave of customer withdrawals amid concerns over commingling of funds with Alameda.

The $32 billion exchange declared bankruptcy on Nov. 11, and Bankman-Fried stepped down as CEO the same day.

He has since been detained at The Bahamas Department of Corrections in Nassau, known as Fox Hill prison. The US State Department in a 2021 report described conditions at the facility as “harsh,” citing overcrowding, rodent infestation and prisoners relying on buckets as toilets.