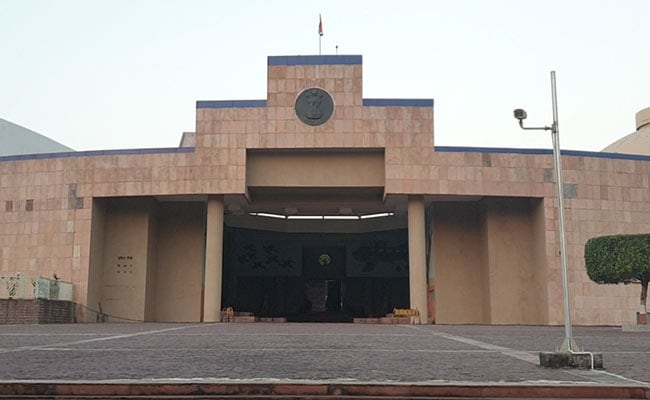 A tribal MLA of the Congress in Madhya Pradesh, Panchilal Meda, suddenly started raising slogans in the assembly claiming he was stopped by policemen at the entrance of the Vidhan Sabha complex and suffered injuries on his hand during a scuffle with them.

He along with other congress MLAs entered the well of the house and raised slogans against the state government.

Speaker Girish Gautam termed the matter serious and assured to get it investigated.

Home Minister Narottam Mishra said the Congress members were not stopped at the entrance, but were only told not to bring placards inside the assembly to maintain decorum of the house.

But Mr Meda hastened towards the Home Minister to show his injuries and had a tiff with BJP MLA Umakant Sharma. Mr Meda allegedly pulled Mr Sharma’s collar.

The house was adjourned for five minutes. When it reconvened, former home minister and Congress MLA Bala Bachchan demanded a discussion, but Mr Mishra asked Mr Meda to seek an apology from BJP’s Mr Sharma for his behavior towards him.

The Speaker said this was not in accordance with the code of conduct of the house.

While the Congress MLAs continued their protest in the well of the house, the Home Minister rejected Mr Medha’s claim of suffering injuries.

During the recently held presidential election, Mr Meda claimed he was offered a ministerial berth by the state government in exchange for voting for the NDA candidate. During the Congress regime in 2019, Mr Meda sent his resignation to then Chief Minister Kamal Nath alleging that the liquor mafia was prospering in his constituency and the local administration was aiding in illegal transport and sale of liquor in the area.