After the latest flip in his love-hate relationship with the BJP, Bihar Chief Minister Nitish Kumar was today asked to compare the era of Atal Bihari Vajpayee with that of Prime Minister Narendra Modi. “That was a different time when we went with Vajpayee-ji, There was a lot of love,” he told reporters after taking oath again a day after he dumped the BJP and re-allied with the RJD and Congress.

His latest mid-term switch marks the eighth time he’s taken oath as Bihar’s chief minister — and the fourth consecutive time since 2015 — as he keeps making political moves while keeping the chair.

About former PM Vajpayee, under whom he remained a Union Minister in the 1990s and early 2000s, Nitish Kumar fondly recalled: “We went with respected Atal-ji in the leadership of George (Fernandes) saheb, Atal-ji gave us a lot of affection, a lot of respect. Can we ever forget that time? That was very different.” 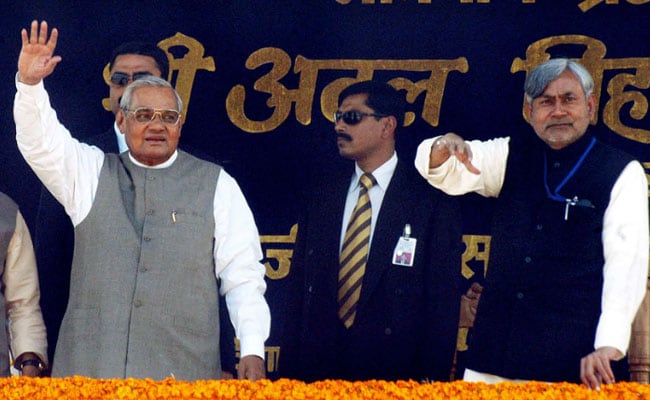 He did not name PM Modi — with whom he’s had a rather difficult equation — but said, “When we went again (with the BJP), and whatever kept happening, that made our party leaders unhappy.”

He also said that leader whom he’d deputed to deal with the BJP turned out to be working for them instead. His reference was apparently to RCP Singh, who left the JDU recently after a series of snubs from Nitish Kumar.

Nitish Kumar had walked out of a long alliance with the BJP in 2013 as Narendra Modi became its PM candidate. He had problems with Mr Modi’s past, particularly the 2002 riots in Gujarat.

He went back to old associate Lalu Prasad Yadav, tied up with the Congress and others; and together they defeated the BJP in Bihar in 2015. This was a major loss for the BJP a year after Narendra Modi became PM.

But, by 2017, Nitish Kumar put aside his problems with PM Modi and made up with the BJP. The JDU-BJP team won Bihar in 2020. Two years on, now Nitish Kumar is back with Lalu Yadav’s party and the Congress.

Long before all this, Nitish Kumar and his associates formed a pact with the BJP in the mid-1990s. This was a big rift within the socialists, with Lalu Yadav on the opposite end standing with the Congress citing secular principles. 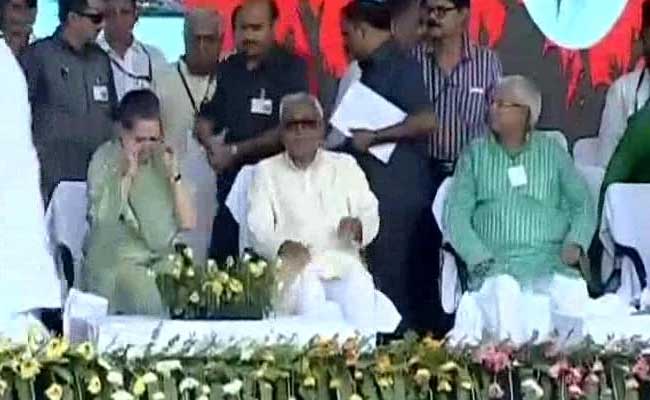 Nitish Kumar held portfolios such as Railways, Agriculture and Road Transport in the Vajpayee era. He was even the chairperson of the NDA before the 2013 breakup over Mr Modi coming center stage.