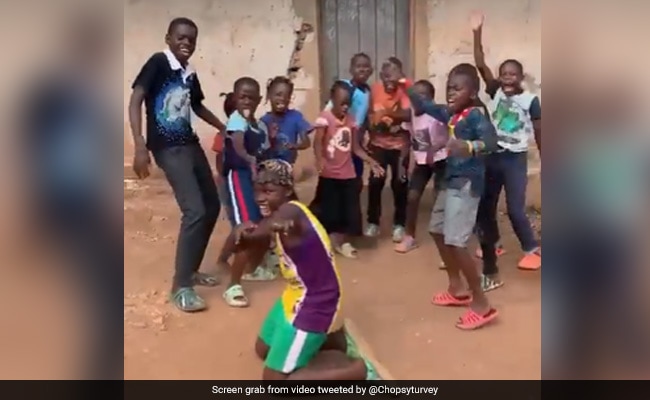 Picture shows the African Dance group, all children dancing to the song.

You must have seen plethora of videos that people make on the song ‘Kaala Chashma’ on social media. Now it is the turn of an African dance crew. The members of the dance group, all children, are seen grooving to the popular song and the video has gone viral.

Shared by a user named Aviator Anil Chopra on Twitter on Friday, the video features the kids performing both the signature dance moves and their fusion versions that have created a storm on the social media.

The video has amassed over 1.6 million views and more than 73,000 likes in just one day. The post has more than 11,000 re-tweets and users have flooded the comment section of the post with many remarks praising the dance crew.

One user wrote, “These kids are so sweet, must say people in Africa love Indian music. They can dance to any tune.”

“India should use the technology and provide free Hindi lessons online globally so that they understand the meaning as well,” a second user wrote.

“The influence this song has had. Few songs are bigger than the movie. This is one of them. And songs are such an important factor even when it comes to longevity of iconic movies,” wrote a third user while sharing the post.

A video went viral in the month of June showed a Norwegian dance group grooving to the same song at their friend’s wedding. The video showed the group of dancers from the troupe named ‘Quick Style’ grooving on the song. The group put up an energetic performance replicate with animated expressions and sleek moves.

The guests at the wedding were seen having a blast as they were seen cheering for the all-men group. The internet fell in love with the troupe’s take on Kala Chashma.

Shared by one of the dancers named Yasin Tatby on Instagram, the video received millions of views and likes.