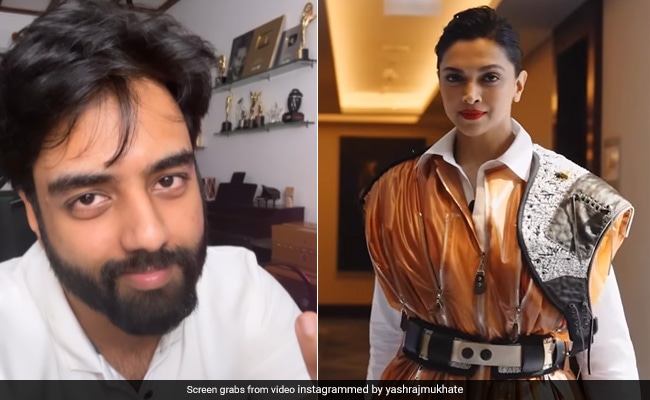 Deepika Padukone also reposted the song on her Instagram story

Social media sensation and music producer Yashraj Mukhate is back with a fun new song – and this time it features actor Deepika Padukone. Mr Mukhate has turned Deepika’s recent Instagram reel about FIFA World Cup 2022 into a song. On Tuesday, he shared a new video on his Instagram and said, “So yesterday Deepika Padukone put a Reel on her profile where she spoke at a speed of 100 BPM (beats per minute) exactly. So, I obviously turned it into a song .”

In the video, Deepika said, “Well at the moment, I feel nervous. But, I also feel a lot of gratitude, sporting moments in history. This is my first time at a FIFA World Cup. As you can see, we are in Doha but yes this is my very first FIFA World Cup.”

Further in the video, the music producer combined music and beat. Deepika said, “Its craftsmanship makes it even more beautiful.” He also took the words ‘more beautiful’ and kept playing and changing its beats throughout the video.

She adds, “I’m wearing Louis Vuitton. It’s a very special look that it is so perfect for what we are going to do which is unveiling the trophy. But at the same time, it’s really comfortable.”

Actor Deepika Padukone also reposted the song on her Instagram story and captioned it, “This is Epic.”

The video was posted 10 hours ago and it has amassed nearly 2 million views on Instagram with several likes and comments. A user wrote, “Ranveer Singh getting emotional in the corner.” Another comment read, “Only you can pull this off.” “Can’t wait for this to become the next trend,” read the third comment.

Yashraj Mukhate first found fame with his massively viral Rasode Mein Kaun Tha remix. Since finding success with the viral track, Yashraj Mukhate has worked on a song with Vishal Bharadwaj and been invited as a guest to the talent hunt show L’il Champs, among other collaborations.